Me and my dad. Image: Leslie family archive.

My dad left school at 14 and went to work as an apprentice armature winder, first of all for a small company in Kirkcaldy, then later in one of Fife’s many coal mines. He has said that he hated working at the pit, and went to work instead at HM Dockyard Rosyth, where he remained until 1967.

My dad’s real passion was swimming, and he was quite well known in Kirkcaldy because of that. When he married my mother (Elizabeth Brown Ramsay) in 1956, their wedding was reported in the Fife Free Press under the headline “Kirkcaldy Swimmer Wed” 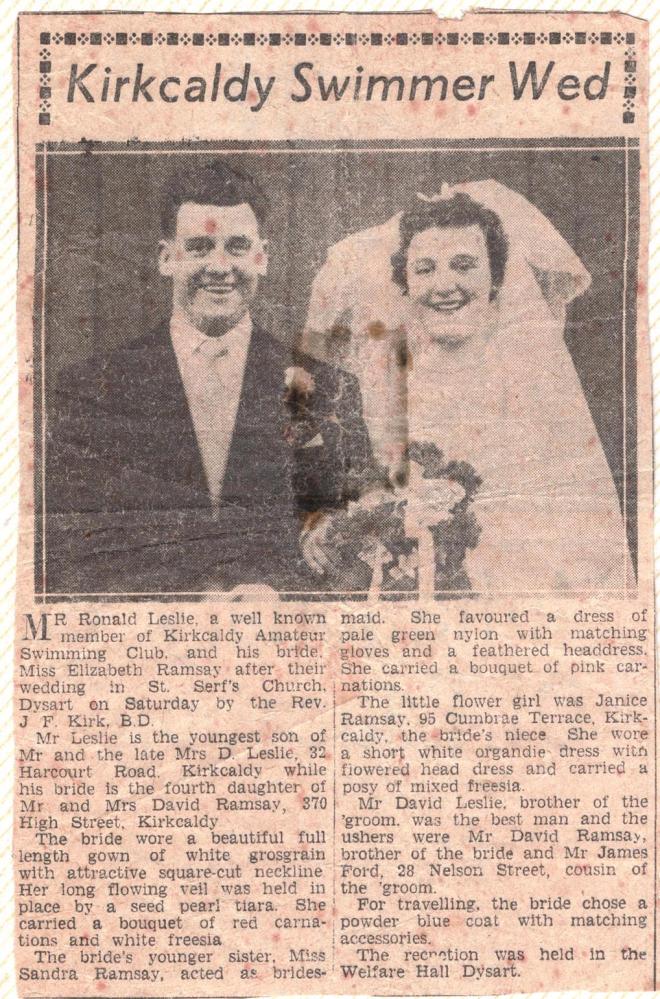 My parents left Scotland for New Zealand with my younger brother and I in 1967 under an assisted passage scheme run by the NZ Government to bring skilled workers to the country.  My dad went to work at the Dockyard in Devonport; staying there until 1973 when we moved to Tokoroa in the South Waikato where he had a job at the New Zealand Forest Products pulp and paper mill at Kinleith. We remained there until 1977, when he returned to his job in the Dockyard.

My parents separated in 1985. When their divorce became final in 1987, my dad married Georgina Spratt, to whom he remains married. 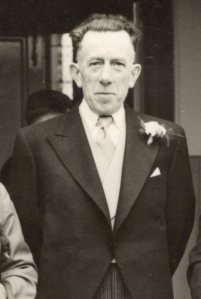 My grandfather, David Leslie was born on March 23, 1899 at 150 Links Street, Kirkcaldy; to another David Leslie and Isabella Gourlay. At the time, my great grandfather was a pottery kilnsman. David and Isabella were married on June 3, 1892. He was 24 and a bachelor; she was 22 and a spinster. Both worked in the potteries.

The family seemed to live at 150 Links Street for a number of years (at least until the 1901 census). By 1911 they had moved to 4, Hunters Building in Kirkcaldy.

My grandfather married Susan Forbes Nicholson Elder (my grandmother) on June 9, 1923, at the Gallatown United Free Manse. His occupation was given as blacksmith, and his address as Todd? Buildings, Kirkcaldy. Susan’s address on the marriage certificate was 288 Roslyn Street, Kirkcaldy. Susan’s father’s occupation is given as storekeeper. The marriage was witnessed by Susan’s sister, Elizabeth Penman Elder of 288 Roslyn Street, Kirkcaldy and her half-brother, Andrew Scott Nicholson, of Ladysmith Cottage, Kirkcaldy.

During their marriage, David and Susan lived at 32 Harcourt Road, Kirkcaldy.

I don’t know much about my grandad’s life, even though I remember him being around when I was very small. He died on Boxing Day, 1964 of lung cancer.

6 thoughts on “The Leslie branch: my father’s side of the family”