Killed in action during the Spring Offensive in the Somme Valley, France. 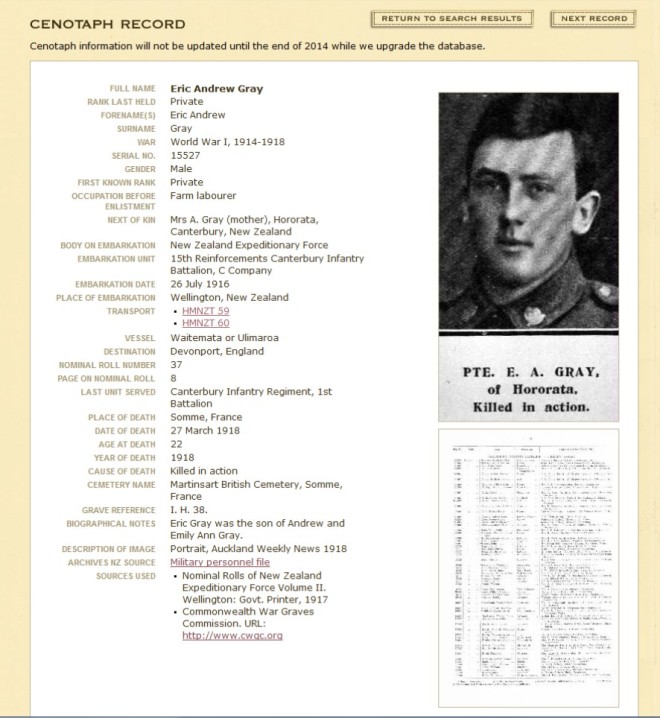 Hand-written cards of remembrance by Auckland school children. Thousands of these have been placed together to form the shape of a gigantic poppy on the field at Auckland Domain. Photo: Su Leslie, 2015.